Today I’ve hosted my first WriteSpace Retreat in partnership with Writers Victoria and it’s been fantastic.

I’ve met 12 new writers who are busy working on all sorts of projects – lunchtime introductions revealed that we’re in the company of a detective, an accountant and a Human Rights professional (who’s writing crime). We have parents of young children enjoying a rare solid block of time to write and a writer who pledged to read more and swear less in 2016.

Covering all bases and genres, I think if we tallied up the word count of new text, transcriptions from messy notebooks and copy edits we’d have at least one full (and very interesting) manuscript.

Funnily enough I think that this day has been as valuable for me as I hope it has been for my guests. Anything that gets me talking writing and typing again is wonderful. And thanks to my gorgeous partner it’s been pretty good eating as well.

Looking forward to next time and in the meantime, happy writing! 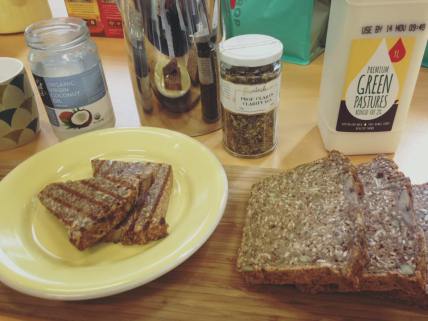 Thoughts from Emily Spurr after her first WriteSpace Retreat:

1. WriteSpace Retreat starts early on a Sunday morning. When you were on your way there, how were you feeling? What were you looking forward to?
I was mainly working out how I was best going to get there after getting on the train and realising as it was a Sunday, it would not be going to Spencer St!
I’m not big on ruminating over something I’m about to do before I do it. I prefer to plan and then just do. I’d planned the week before how I wanted to use the time and what my goals were, I’d packed my bag the night before, so really, once I’d worked out my amended itinerary, I just enjoyed the peace of walking through Melbourne on a clear Sunday morning. Which, by the way, was bliss.

2. How did you go? I claim that it is amazing what you can achieve in a day – did you feel satisfied with how much you wrote that day?
Definitely. I’d planned to get from point E to G in my ms and to roughly sketch out the scenes to finish. And I did that. I would have given myself a high five for a couple thousand good words, so getting 4,000 down was really satisfying!

3. How did I go? I think that coffee, tea and hearty food are important to fuel a writing day – did you enjoy what was provided, and was there enough?
Food, delicious. Just the right amount of yummy treats (homemade bickies!) and fresh brain food (soup, toasty wraps) good coffee, relaxing tea, all delivered and offered unobtrusively and with uncanny timing.

4. I describe WriteSpace Retreat as “It is work. It’s also a retreat.” How would you fill in the gaps? It is [INSERT]. It’s also a [INSERT]
It’s space and time. And the space isn’t just the space itself, which was lovely, but the head space too. To be in a room where everyone is writing, to have permission to focus on nothing else, and a whole day to do so, well, it was invaluable for me. It also creates the added incentive of not wanting to be the ‘naughty kid’, with all those keyboards clacking, you don’t want to let that vibe down. The focus in the room was great.

Bio
Emily Spurr is a writer who once did not appreciate the luxury of time. She thought working or study (or both) were adequate reason for the fluctuations in her productivity relating to her own works. There was all the time in the world to finish them… Then she had two kids, at the same time. Making time became a struggle and concurrently an absolute essential requisite for sanity. Half an hour three times a week became a really lucky week. The hunger to finish the current project became a roar.
As well as being a hungry writer and the mother of twins, Emily is a development editor working in educational publishing. She is looking forward to completing her novel this year.  The gods of toddler naps and writing retreats permitting.

This month we’ll enjoy Sarah Vincent reading an extract from her memoir, ‘Death By Dim Sim,’ which is being published by Penguin Random House in March 2017.

Beginning her writing life as a playwright, Sarah’s plays have been performed professionally in Australia and travelled to Athens and Edinburgh. Since changing her focus to prose, she was invited to a memoir-writing week at Varuna in 2014 and was accepted into the Hardcopy program run by ACT Writers in 2015.

Sarah has appeared on festival panels and run workshops discussing many aspects of the writing and publishing process, including taking the leap from short fiction to a full-length book and finding support available to writers.

I’m really looking forward to hearing Sarah read from her memoir, and then we’ll have to let her get back to writing her next project, a detective novel called ‘The Fake Detective’ after lunch.

Look – WriteSpace Retreat is on Instagram, and loving it.

Today’s pic is the before shot of the Platform at Donkey Wheel House. On Sunday the room will be set up for a day of writing and eating. I’m looking forward to meeting my first-time guests as well as catching up with some familiar faces. If we feel like a Lunchtime Listen I’ve chosen a short clip from…well I’ll keep that quiet until afterwards.

At our next date, Sunday 17th July, we’ll have a Lunchtime Listen with laughs. One of our writers will read from her upcoming memoir and I’ll be asking guests if they’d like to bring a paragraph or piece of flash that’s made them laugh.

Interested? Get in touch to find out more or to book your place at WriteSpace Retreat. Jen

I bring a collection of reading material to WriteSpace Retreat, a range of books and journals that might be used for inspiration, a lesson or a well-deserved break.

Each retreat is different and I love looking after writers working on such a variety of projects. This month we have some new faces joining the group and I’m looking forward to learning more about them and their writing.

Some of the books on the table will be:
‘Wasted’ by Kate Tempest. If you missed her talking with Maxine Beneba Clarke at The Wheeler Centre last week, you don’t have to miss out. The podcast is almost as good as being in the performance space.
‘Writing Without A Parachute, The Art of Freefall’ by Barbara Turner-Vesselago. One of our regulars has enjoyed a couple of productive retreats hosted by this writing teacher – this print version of her freefall approach had me writing freely before I’d even finished the Introduction.
‘Dialogue’ by Lewis Turco. It’s always good to spend some time focused on one aspect of writing, and I think this can be one of the hardest. Besides, playing around with dialogue might lead to something you could enter in the Bartleby Snopes Dialogue Only Writing Contest which opened for submissions today.
‘Womankind’ magazine. This was recommended to me by one of the writers at a Women Who Write Melbourne catch up a couple of weeks ago. I’m looking forward to a few pages with a fresh coffee in the afternoon.

What else should be on a reading table for writers?

Catch up on the latest WriteSpace Retreat news here.
I’m keen to promote writing opportunities, achievements and damn fine reads – if you’re on Facebook you can like the writespaceretreat page to keep up-to-date and share relevant writing information.
Spaces available for the next dates at new venues… 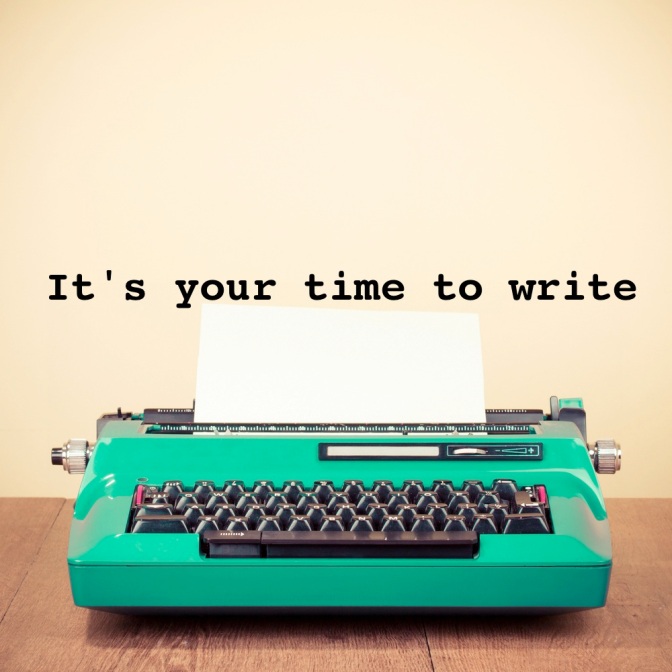 It’s very exciting to let you know that I’ll be holding the next WriteSpace Retreats in the sunny spaces at Donkey Wheel House.

One of the challenges for me has been finding a CBD venue that is light and bright, available on Sundays with simple kitchen facilities, good wifi and a few other nice-to-haves…and I’m so pleased to have found The Platform as the answer to these needs.

We’ll be able to configure the room depending on who’s there and how you want to work; there’s a foyer space with reading chairs and I’ve been saving some short podcast episodes that could be perfect for a lunchtime listen.

If you need more information please don’t hesitate to get in touch. Bookings are open – for you or the writer in your life. jen@writespaceretreat.com

It feels like I disappeared for a little while there but things have been busy behind the scenes and it’s great to be confirming bookings for the first 2016 retreat.

Last year I taught myself WordPress to start this site and, after years of resistance, joined Facebook. I’ve been doing a lot of thinking about what is the right marketing for WriteSpace Retreat and our community. I don’t want to bombard anyone and to do so would go completely against the premise of this venture.

So I want to be sharing stories about writing places, spaces and retreats and opportunities relevant to Victorian/Australian writers working across all different genres and forms. The aim? To inspire you with a goal or a deadline or a positive story about why your writing matters or where it might take you.

I’ve just set up a Mailchimp newsletter (more tech self-lessons) and will send occasional emails directly to our group. Click here if you’d like to join us.

Earlier this week I worked at the final 2015 Next Big Thing event for The Wheeler Centre. This was a night for 5 of the Hot Desk Fellows to read an extract from the work they’ve been developing during their 2 month residency. It was also, as they said, a time to catch up with each other. Although their desks were side by side, each writer has used their time to focus on their own project. Sure there were the hellos and how are yous, typical of any office or work environment, but that was usually about it. This was time to work.

Hearing this really reminded me of the Sundays that I’ve spent feeding and watching WriteSpace Retreat writers. I’ve tweeted and posted about how productive, and quiet, they are, and I think it’s something we should keep celebrating.

While I love using this quote as a fallback sometimes –

“What no wife of a writer can ever understand is that a writer is working when he’s staring out of the  window.”   Burton Rascoe

– the five (all female incidentally) writers that we heard from sat at desks that face a blank wall.

Listening to the scripts and stories from these women I thought about the retreats I’ve hosted this year and came to the conclusion that just being around, but not distracted by, other writers, even in a plain, functional space, can be just what you need to do hard work that yields tangible results.

I’m looking forward to meeting more writers and watching you work in 2016.

And if you want to read about how the evening inspired me to get back to my keyboard, I wrote about it here.

There’s a bit of a wait until the next WriteSpace Retreat but it’s great to be taking bookings for February already.

If you’re a writer and want to hint at a present idea, or if you have a writer in your life who doesn’t really need a new journal/pen/book of motivational quotes, I’ve got gift cards that can be bought and used at any of the monthly dates.

If you’d like to give (or be given) a day to focus on your writing and be looked after by me, let’s talk.